Only in the Philippines: 10 things that are distinctly Pinoy

Philippine culture is a combination of Eastern and Western cultures. The Philippines exhibits aspects found in other Asian countries with a Malay heritage, yet its culture also displays a significant amount of Spanish and American influences. Despite all cultural influences, the Philippines has got something commonly identified as definitely Pinoy!

The so-called “king of the road” is a popular icon of Philippine travel, and rightly so, since the jeepney is proudly Pinoy! Arguably the most widely used public utility vehicle in the country, jeepneys were originally made from U.S. military jeeps used in the World War II. by EPA/ROLEX DELA PENA

The tamaraw or the Mindoro dwarf buffalo is the only bovine endemic to the Philippines. The government said an estimated 10,000 tamaraws existed in Mindoro in the early 1900s, but due to several reasons, the species has been tagged as critically endangered since 2000. by EPA/DENNIS SABANGAN 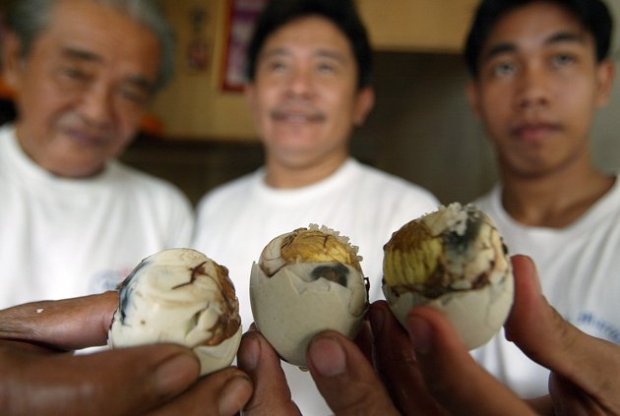 Perhaps the most popular exotic food in the Philippines, balut has been tagged as a must-try for foreigners who want to get a taste of the local culture. The street food, which is basically duck embryo boiled alive and eaten from the shell, is also believed to be an aphrodisiac and a cure to a bad hangover. by EPA/MIKE ALQUINTO

This popular cold Pinoy desert, whose name literally means “mix-mix,” is created simply by topping sweetened fruits and beans with shaved ice and sometimes ice cream. The desert, which is a delicious Filipino way of fighting off the tropical heat, has recently gained global fame. 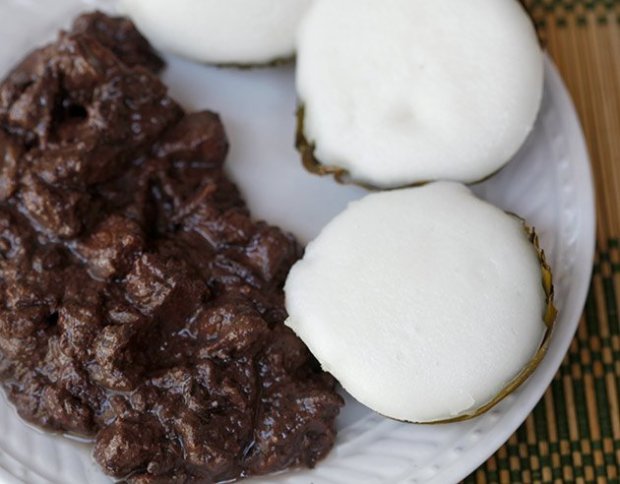 The name speaks for the dish itself. “Dinuguan” which means “bloodied” is a stew made of pork cooked in its own blood. What started out as a poor man’s stew, since it uses innards and parts initially seen unfit for the rich man’s table, is now a delicacy usually served even during the most lavish Pinoy feasts. Photo by Winston Baltasar 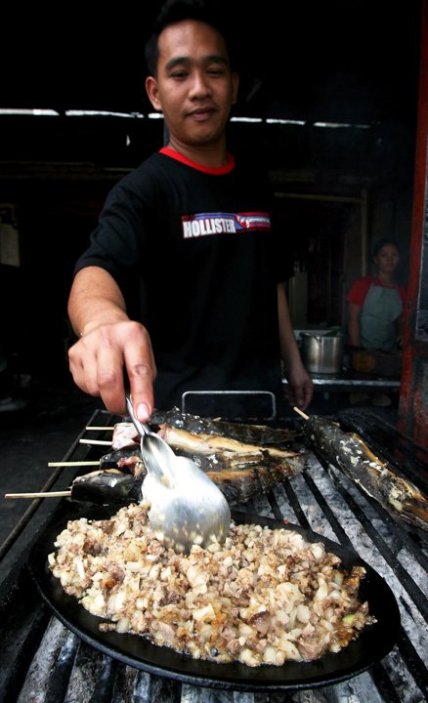 Attributed by most Pinoys to the Kapampangans, sisig is a crispy and savory dish made of pig’s ears, face, liver and sometimes belly. The pork parts are traditionally boiled, broiled and fried, giving it a distinct smokiness. It is commonly seasoned with calamansi, though modern versions also add mayonnaise. by EPA/MIKE F. ALQUINTO 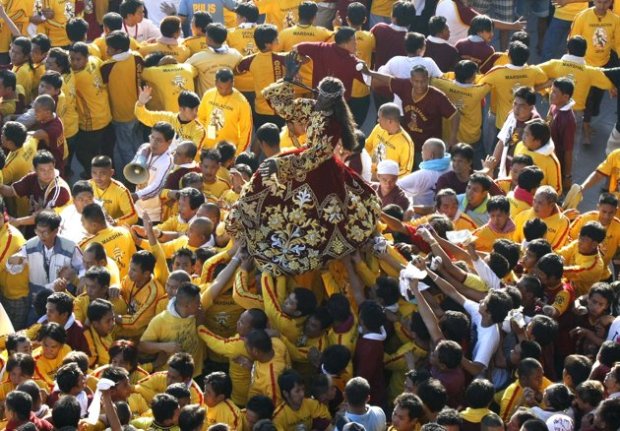 The devotion to the blackened image of Jesus carrying the cross may be recognized by the Vatican as a Catholic feast, but the image, known as the “Poong Nazareno” is originally Pinoy. The image, believed to be miraculous, is said to be initially of a fair-skinned Jesus, turned black due to a fire in the galleon which brought it from Mexico. The statue is now enshrined in the Quiapo Church and its feast day in January is celebrated with massive procession of devotees. by EPA/DENNIS M. SABANGAN

Sinarapan, scientifically known as Mistichthys luzonensis, is the world’s smallest commercial fish species. This fish species is found only in the Bicol Region, particularly in bodies of water in Camarines Sur, including Lake Buhi and Lake Bato. Conservation efforts are in place for the fish, however, as it is threatened with extinction due to overfishing. (Photo from Instagram)

It is said that one easy way to spot Filipinos in a crowd is to call to them via “sit-sit.” Yes, this odd way of attracting someone’s attention using a hissing sound instead of words is believed to be unique to Filipinos. Some experts attribute this to the need to inconspicuously deliver a message to a person without someone else overhearing. by EPA/ROLEX DELA PENA

Just like the “sit-sit,” pointing using lips is also believed to have been developed by Filipinos because of the need to conceal some messages. Elders also urge younger Pinoys to refrain from pointing using their fingers, in the belief that they may offend supernatural beings. by EPA/ROLEX DELA PENA

Disclaimer: All photos weren’t taken by the author but by EPA